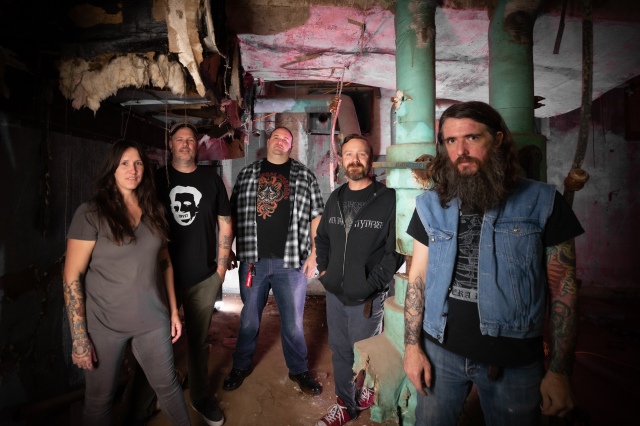 Houston is most often noted for bland pop and indie.  What is most often overlooked is it’s small but indelibly black-blooded metal scene.  Informed equally by West Coast doom and post metal, Floridian death metal and Georgia sludge, it’s the unexpected scream at a hipster’s dinner party.

Live, the music is meant to be both heard and felt, with Steve Smith’s relentless jackhammer beats melding seamlessly with the molten slag spilling out of George Lusito’s bass amp.  Co-guitarists Jason Jordan and Sam Waters stoke the bellows.  PyreShip is one of the few remaining bands running an unapologetically monolithic backline.  They use it to slam out slow, deliberate riffs that resonate long after the show has ended and the crowd dispersed.