You may have noticed that we’ve been on the quiet side lately. No, no one died. We’ve been writing new material, exploring some new sounds and ideas we feel are worth pursuing, drinking black coffee, staring at walls…the usual. Our maiden release is complete and we have some welcome news regarding format and distribution, so stay tuned. A new batch of songs is seething in the cauldron, and we’ll be rolling them out slowly over the next several months. Expect longer compositions, more emphasis on atmospherics, concepts that pervade entire recordings, and, as always, an iron sense of purpose. 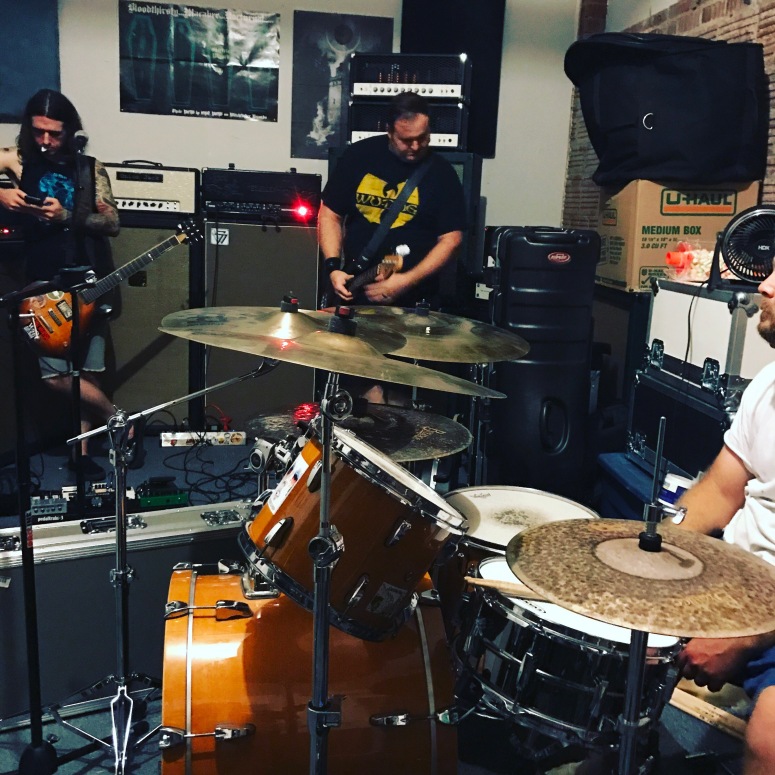 A number of shows are in the pipes. April 7th we’ll be taking the stage with Ape Machine, The Dirty Seeds, and Mr Plow. April 8th we’ll be getting loud with our friends Forming The Void in Lafayette, LA. It’s our first out of town show and we’re excited to begin branching out. May 29th we’ll be girding ourselves for war alongside Conan and North for our record release – it’ll be a homecoming of sorts, since our inaugural performance was with Conan, a band we avidly admire. Beyond that, the live plans will likely include some light regional touring, fly-out dates and hopefully a few festival slots. Maybe score a movie. The lightning is striking. 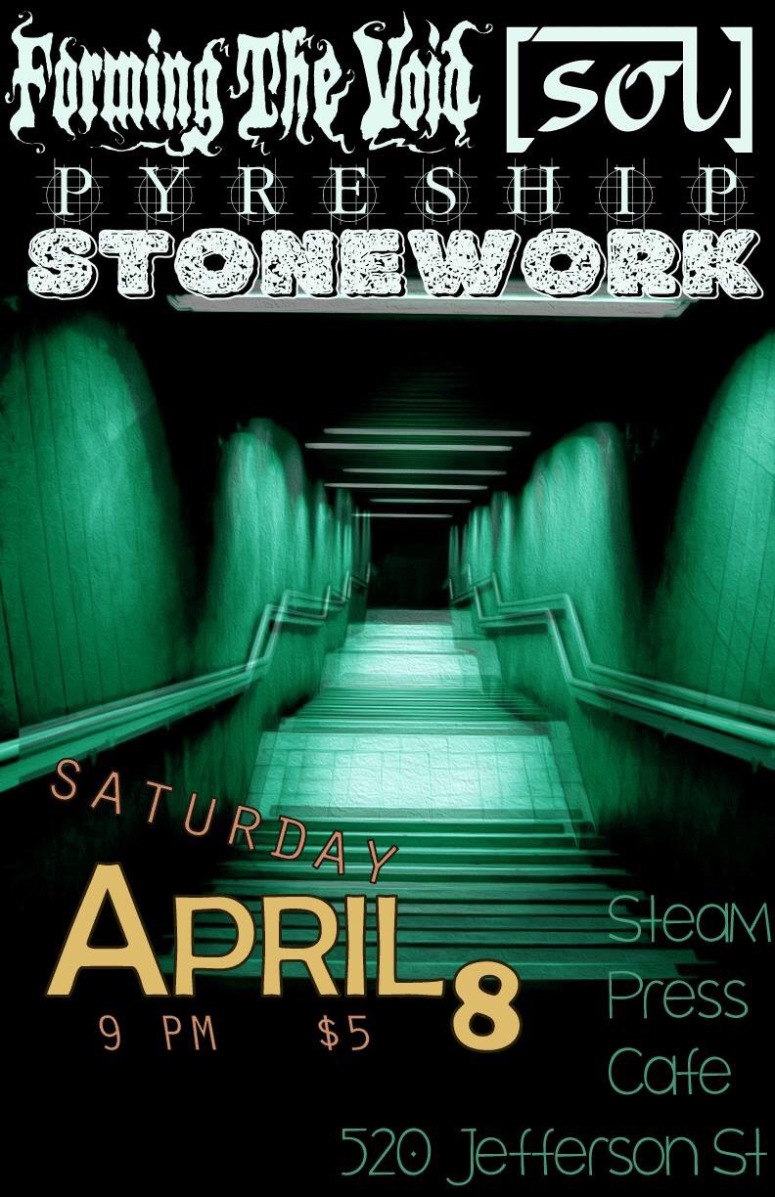 Oh, and we’ll be rolling out some new gear soon. Not telling who’s getting the makeover, but he’ll be shining like a goddamn beacon.