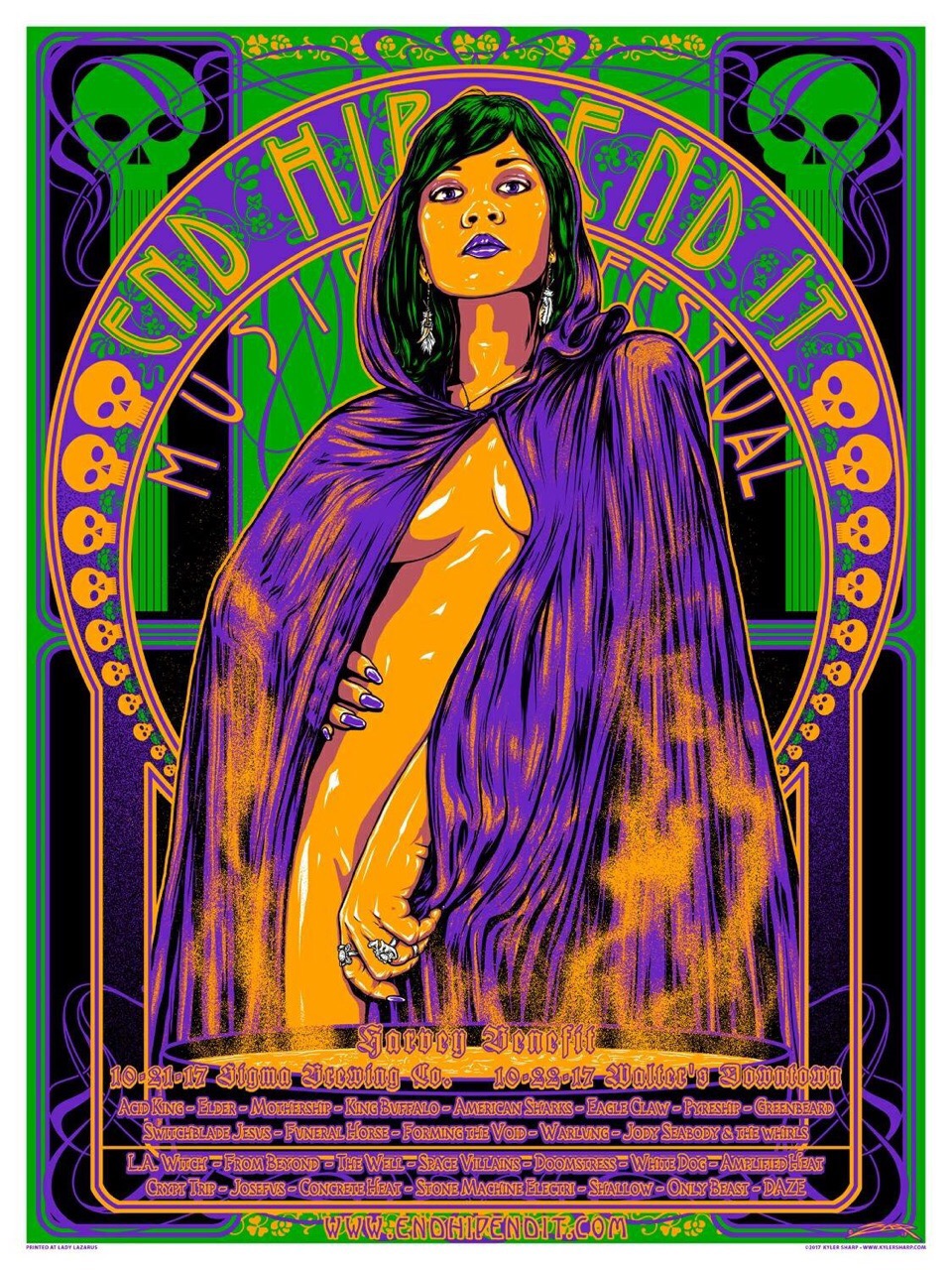 What was just going to be a cool music festival became something more. It became a benefit, a break from the physical and emotional drain of rebuilding, and a place for people to just enjoy something good. Every conversation seemed start with “How are you guys? How’s your house?” Everywhere you looked people were hugging and smiling. It was a beautiful day and the positive vibe was amazing. 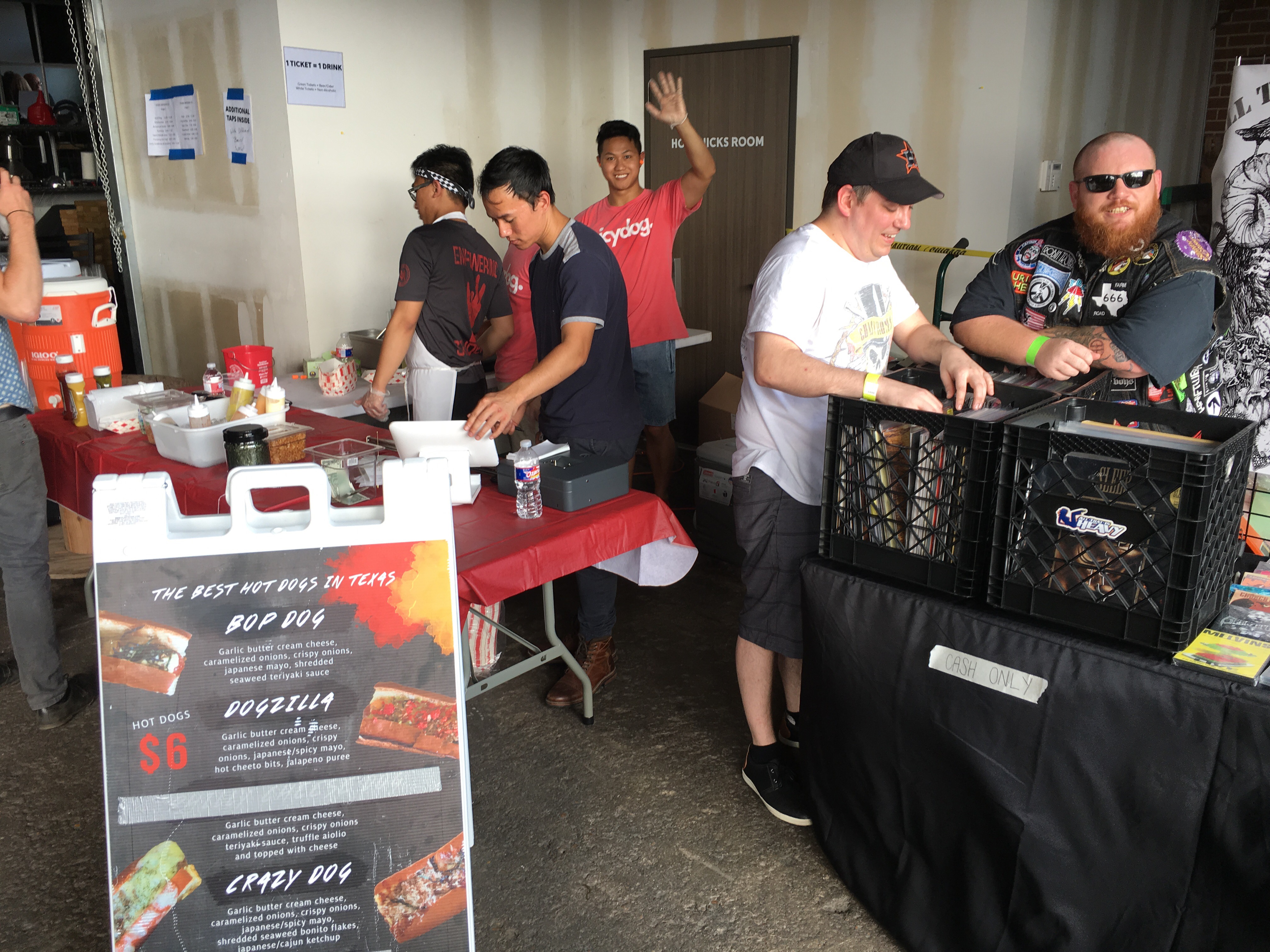 Before long Sigma Brewery was full of the smells of good food, the craft beer was flowing, and awesome bands were launching into their sets. BTW, Sigma brews some GOOD beer. Definitely worth stopping by even when there aren’t a ton of awesome bands playing. We set up camp and spent the day hanging out with old friends and making new ones. 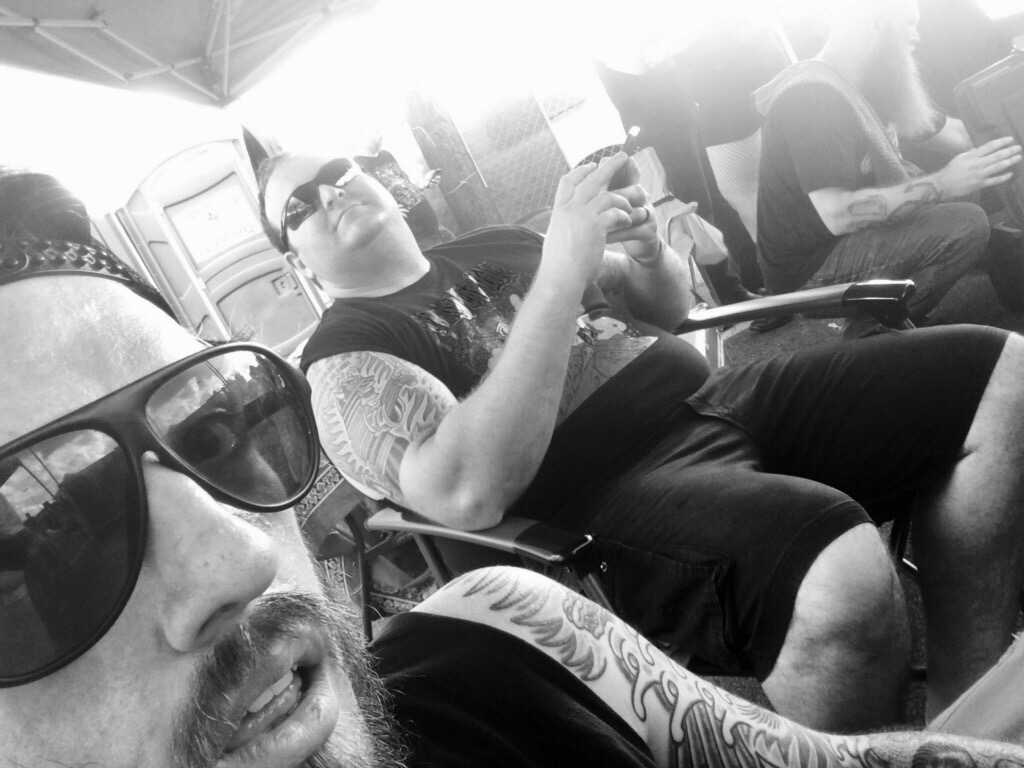 As the sun started to set we got set up to play. Fair warning to promoters, if you tell us we’re playing on a big stage, we’re gonna fill that fucker up. In short order we had the amp wall up and were ready to do the thing. 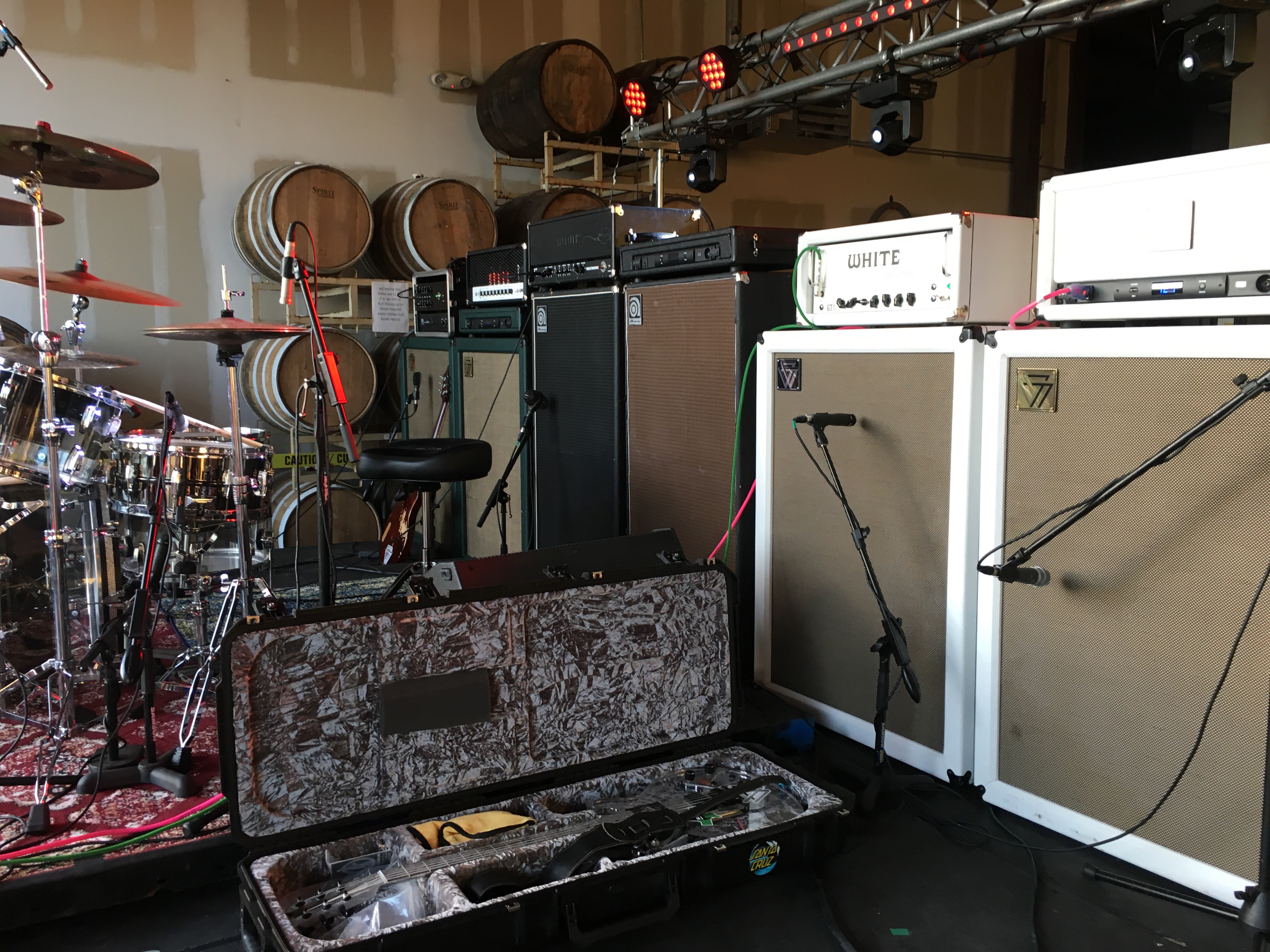 By the end of our set it was dark and Kevin from Digital Evolution Systems was giving us a killer light show. We played a great set for an awesome crowd with killer sound and lights. One of the sigma crew even brought us a beer as we were getting off stage. What more could a band ask for? 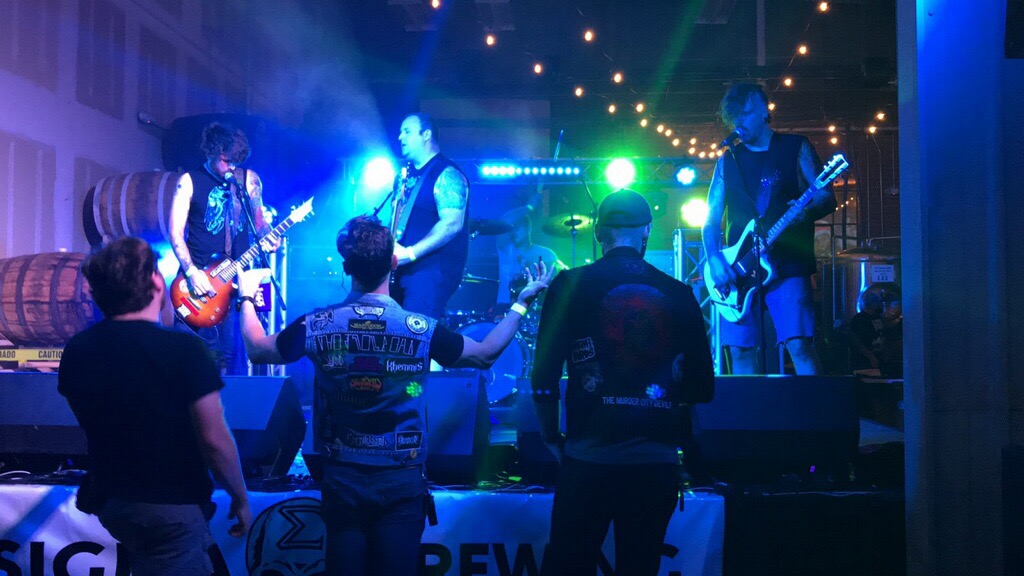 After we played we got to just be fans. Drinking beer and watching the rest of the bands. Buying merch. Trading records. By the end of the weekend, we must have collectively picked up 40 records. We can’t give Darr and Tobin enough props for not quitting on this. They pulled off something really special despite all they were dealing with from Harvey. We can’t wait to see what End Hip turns into. Thanks for letting us be a part of this guys. And thanks to everyone that came out!